What is the felony murder rule? 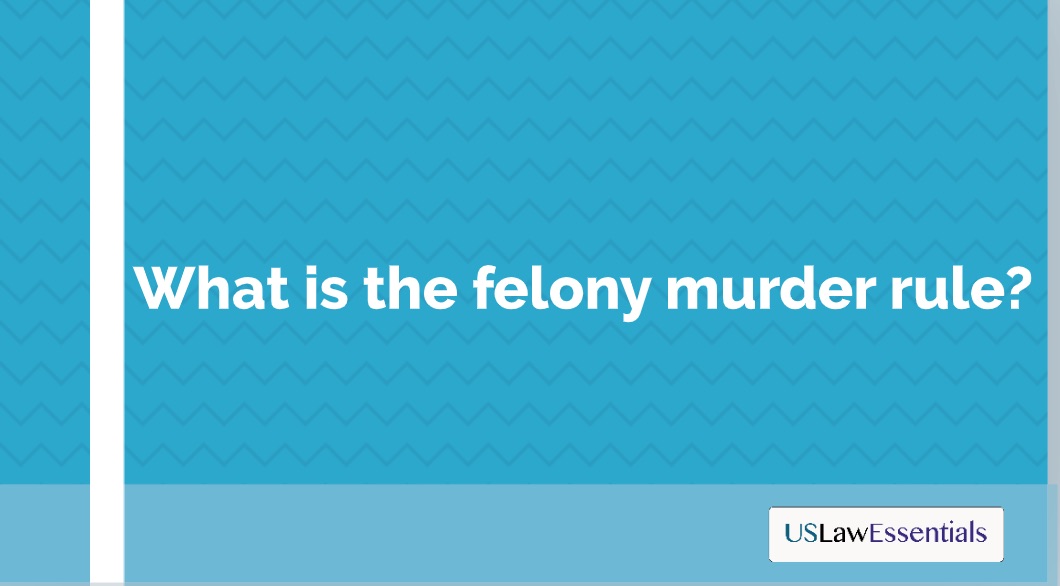 The video below introduces the felony murder rule and be sure to try the quiz!  In brief, most states have laws that impose murder liability on all criminals who participate in certain types of serious crimes and there is a homicide.  For example, if Dudley, David, and Darren rob a store, and Dudley kills someone, David and Darren will be liable for the murder, too.

Traditionally, the felony murder rule applied if there was any homicide that occurred during the course of a felony.  Even if a victim or a police officer committed a homicide, every participant in the felony would be liable for murder.

Today, in most states, FMR only applies to certain specified dangerous felonies, such as robbery, burglary, and sexual crimes, and the party committing the homicide must be a participant in the crime for FMR to apply.  For that reason, in most (but not all) states, if a bystander commits a homicide during the course of a felony the participants will not be liable for murder under the felony murder rule.

FMR also typically imposes liability for murder even where there was no intention to kill.  For example, in Georgia, the law provides that: A person also commits the offense of murder when, in the commission of a felony, he causes the death of another human being irrespective of malice.  That is, if a person participates in a felony and causes the death of another person (even without intending to kill), he is likely guilty of murder under Georgia law.

Some states provide defenses for criminals who did not participate in the violent act.  For example, let’s say Dudley and David break into a house and Dudley kills someone in the home. If David did not reasonably believe that Dudley was armed, thought Dudley was a non-violent person, and thought no one would get hurt during the burglary, he might have a viable defense.