What is a writ of mandamus? 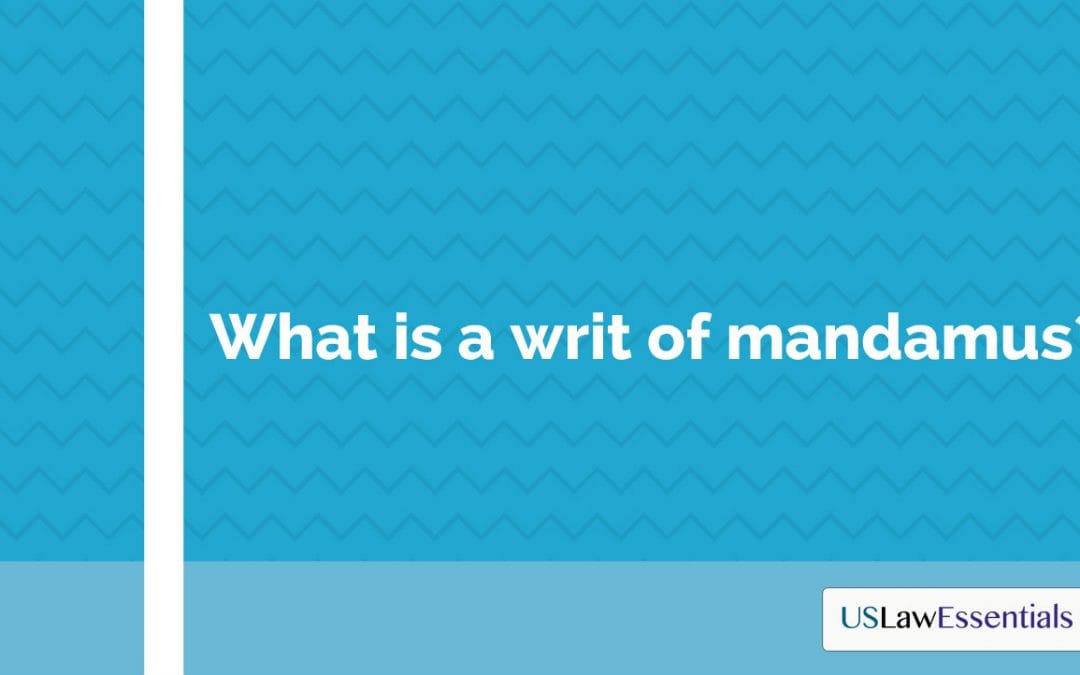 A writ of mandamus is a command from an appellate level court to a loer court or to a government official to perform his duty or to refrain from doing something that is outside the scope of his authority.  The video below introduces the writ’s basic concepts:

Writs of Mandamus are Rare

These writs are rare and not granted often.  One example, as discussed in the video above, would be where a trial court judge fails to rule on a motion that he is required to decide.  If the appellate court agrees that the judge is obligated to rule on the motion, but has failed to do so, then the appellate court might issue a writ of mandamus.

Appellate courts will typically grant a petition for a writ of mandamus where the lower court abused its discretion and where the petitioner has no other remedy.  For example, if a trial court judge were to refuse to decide a motion, the moving party would be unable to appeal because the case has not yet ended.  As a result, the petitioner should be able to demonstrate that he has no other way to get relief except by an order from an appellate court.

Distinguish the Writ of Mandamus from an Appeal

Please don’t confuse a writ of mandamus with an appeal.  An appeal is (usually) where a losing party asks an appellate court to find that a lower court judge made a mistake.  Appeals are almost always after a case is over.

The party seeking a writ of mandamus is arguing that a judge failed to perform his duty or exceeded his authority in such a way that the appellate court must immediately intervene to direct the judge to correct his conduct.

Although our examples above refer to writs of mandamus in the context of judges who are accused of neglecting their duties, a petitioner may also seek a writ of mandamus if a government official or agency refuses to perform its duties.  Again, the writ is only appropriate in unusual circumstances as it is an extraordinary remedy.