What is a plurality opinion? 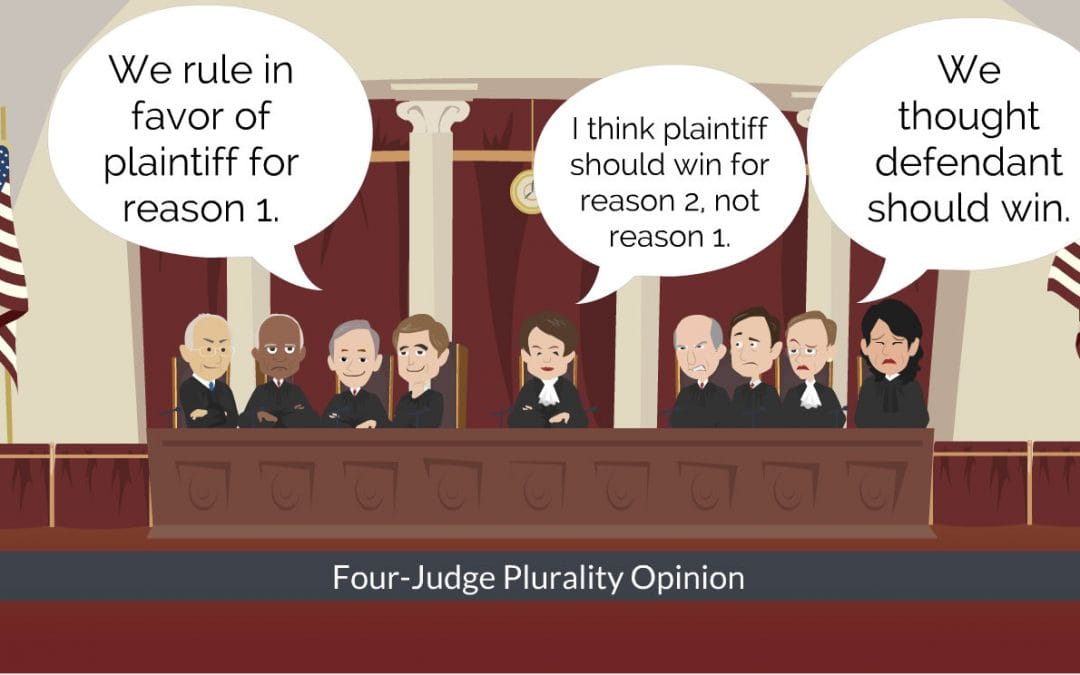 To understand a plurality opinion, or a plurality decision, keep in mind that a plurality is where one person receives the most votes, but does not receive a majority of the votes (more than half).

Plurality Opinion: A Majority of the Judges on an Appellate Court Panel do not Agree on the Same Reasoning

But what if the majority of justices cannot agree on the rationale for deciding which party should prevail?  This results in a plurality opinion.

For example, the Supreme Court of the United States has nine justices, and usually all nine of them will participate in deciding cases.

Now, plaintiff and defendant are tied 4-4.  There is no majority.

Justices E – H wrote a dissenting opinion, in which they disagreed with the other justices on the Court.