What is a Crossclaim? 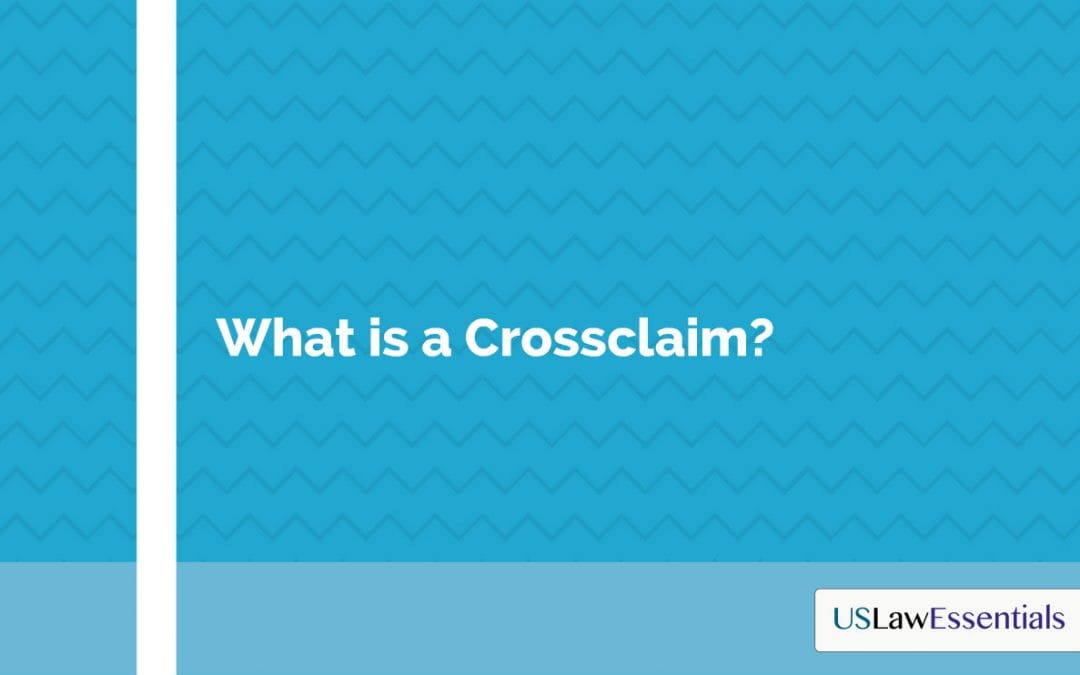 What is a Crossclaim?

For example, if Patty and Penelope sue David, but Patty also sues Penelope in the same case, then Patty’s claim against Penelope would be a crossclaim.

Don’t confuse a crossclaim with a counterclaim.  In a counterclaim, a party being sued, sues the party that filed the lawsuit against him.  For example, if Plaintiff Patty sues Defendant David, a claim by David against Patty in the same litigation would be a counterclaim.

Crossclaims (and counterclaims) are permitted in the federal court system pursuant to Rule 13.  State courts also allow crossclaims as well as counterclaims.