What does pleading in the alternative mean?

US Courts Permit Pleading in the Alternative or ‘Alternative Pleading’

Rule 8 of the Federal Rules of Civil Procedure, and similar rules of procedure in state courts, allow parties to plead in the alternative.  Pleading in the alternative means that a party in a civil litigation may plead different and even inconsistent legal theories or facts at the outset of a case.

Alternative pleading means that it is permissible to include different legal theories and factual allegations in the same document, even if these theories and allegations contradict each other.

Example of Plaintiff Pleading in the Alternative

Let’s say Patty lends her car to David.  David returns the car to her but the car is in horrible condition.  Patty wants to sue David for damaging her car.

But why exactly does David owe Patty money for the damaged car?  Perhaps there was a contract between the parties in which the parties agreed that David was obligated to return the car in the same condition he received it.  Patty would then allege that David broke the contract by returning the car in poor condition.  In the alternative, perhaps Patty and David did not have a contract but David was negligent because he owed Patty a duty of care and he carelessly damaged the car.  Or perhaps Patty can recover under a theory of bailment.

At the outset of the case, in her Complaint, Patty does not have to choose one legal theory.  She can (and probably should) include every legal theory she thinks in good faith can apply to why David owes her money.  Patty may plead in the alternative and allege multiple theories, including breach of contract, negligence and any other legal theory that might apply.  Ultimately, she will probably have to rely on just one legal theory but in her Complaint she can allege different and inconsistent legal theories.  Rules of alternative pleading allow Patty to allege that David breached a contract, was negligent, intentionally damaged the car, etc.   After the parties gather all the evidence during discovery, Patty and the Court can see which legal theories are viable. 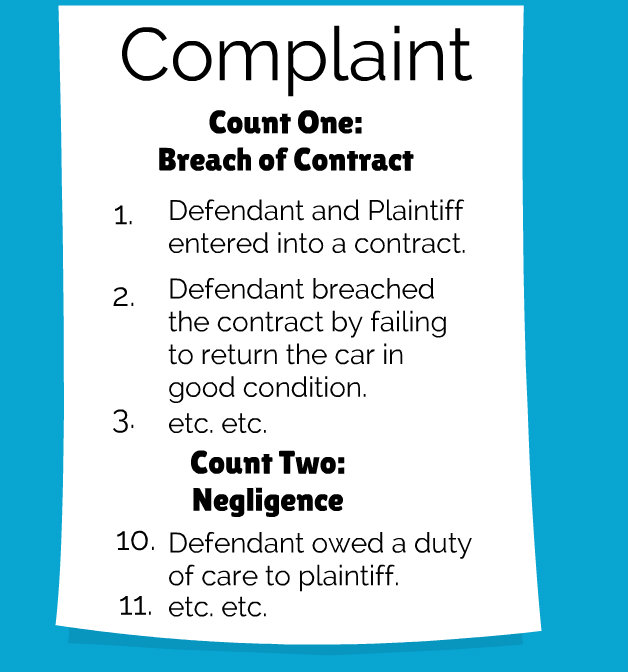 Example of Defendant Pleading in the Alternative

Let’s say Paulina sues Debbie for failing to pay for a car Paulina sold her. 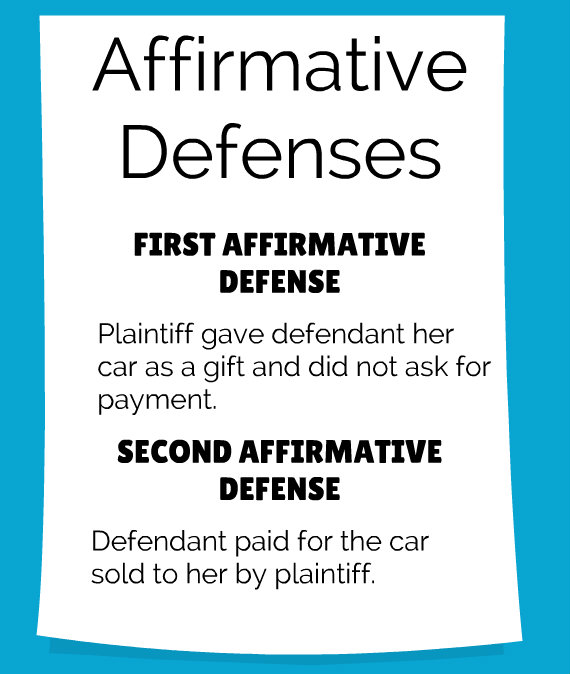