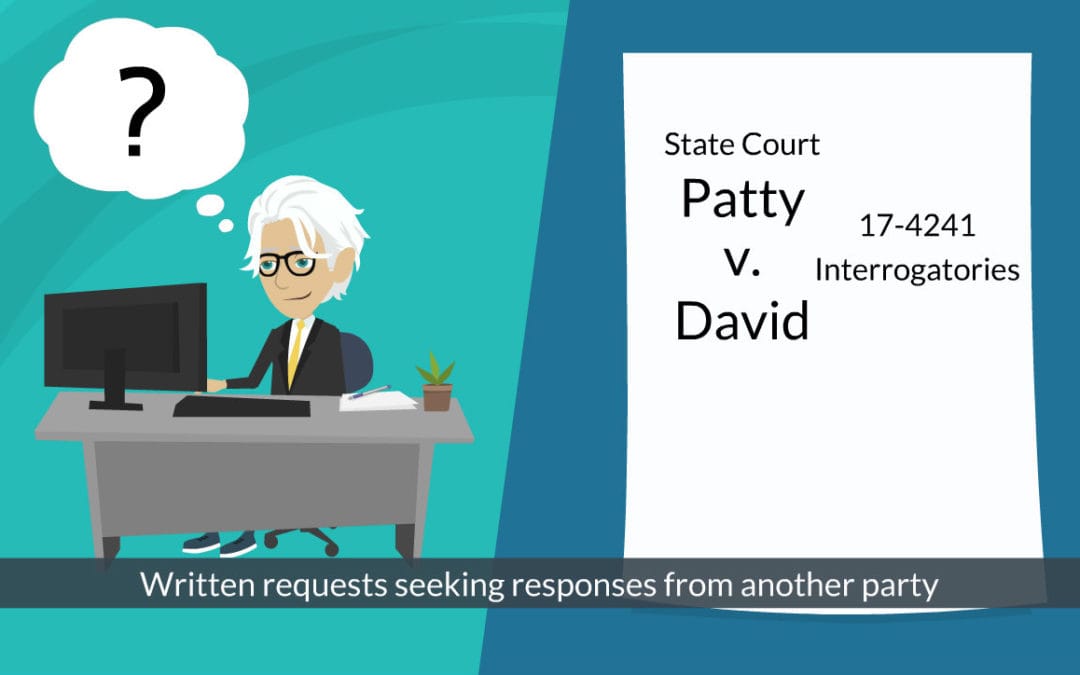 Because  interrogatories are part of the discovery process, they are served before trial.

Let’s say one Penelope sues David for breaching a contract in which David promised to sell her his car.  David asserts as an affirmative defense that in a conversation Penelope agreed to delay the sale for six months.  In her interrogatories to David, Penelope could ask David  when the conversation supposedly took place, where it took place,  what was said, and whether anyone else was present for the conversation.  These questions, and David’s responses, will enable the parties to better understand the issues before trial and to evaluate their claims and defenses based on the evidence. The federal court for the Southern District of New York restricts the use of interrogatories.  Initial interrogatories are limited to asking for the names of witnesses and regarding the computation of damages.  See SDNY Local Rule 33.3