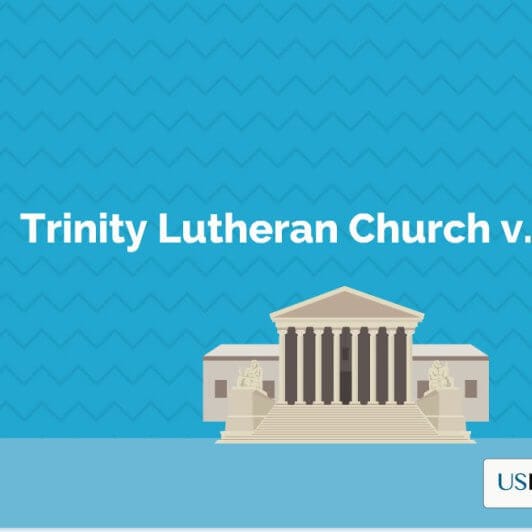 By a vote of 7-2, the Supreme Court of the United States held that it was unconstitutional under the Free Exercise clause of the First Amendment for the government to withhold funding from a church for a resurfacing project simply because it was a religious institution, if funds would be available for non-religious institutions to engage in similar projects.

The state of Missouri offered funding to non-profit organizations that would participate in a program to use recycled tires for resurfacing projects.  But state policy prohibited offering taxpayer funds to religious institutions and pursuant to this policy a church was denied funds to resurface its playground.

A majority of the Supreme Court found that the government unconstitutionally treated the church unequally by withholding funds that were available to non-religious institutions engaged in identical projects.  In a footnote, the Supreme Court limited the holding to the facts of this case – – it was unconstitutional to deny funds to  a church resurfacing its playground.  This leaves open the question as to whether a religious institution engaged in another type of projects could be denied state funding.  Some Supreme Court justices supported a more expansive decision that would not have been limited to the facts of this case.  They supported a broader rule that states could not deny funds to religious institutions.

In a dissent, two justices argued that providing taxpayer funds to the Church violated the Establishment Clause.  They emphasized the religious mission of the Church and that government should not fund religious institutions.

Tension Between the Free Exercise and Establishment Clauses

Trinity v. Lutheran Church highlights the tension that may exist between the Free Exercise and Establishment clauses of the First Amendment.  On the one hand, the government cannot disfavor religion or prohibit people from practicing their religion.  On the other hand, the government must be cautious not to be in the position of promoting a religion. 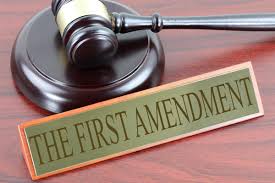 Congress shall make no law respecting an establishment of religion, or prohibiting the free exercise thereof;