The Supremacy Clause, the States Act, and Federalism 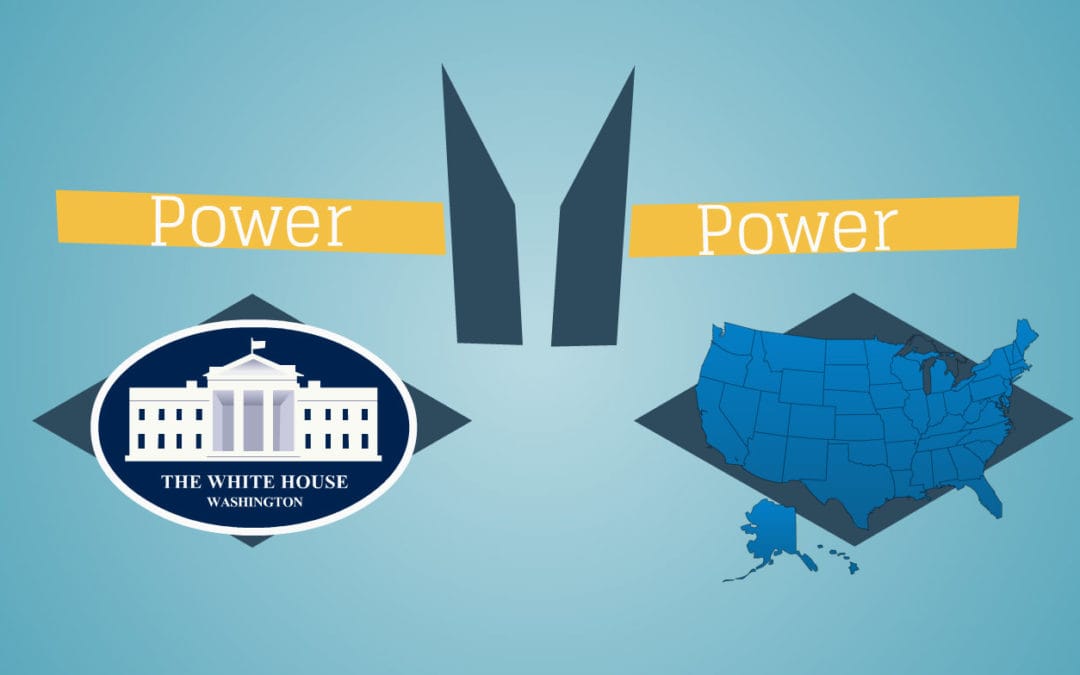 Recent legislation proposed by Senator Elizabeth Warren (D-MA) and other Senators provides us with an opportunity to learn more about the Supremacy Clause of the United States Constitution and federalism.  The proposed law is called the STATES Act (Strengthening the Tenth Amendment Through Entrusting States Act).  The Act would prevent the federal government (in most cases) from prosecuting a person who violates federal marijuana laws provided that person is complying with state law. 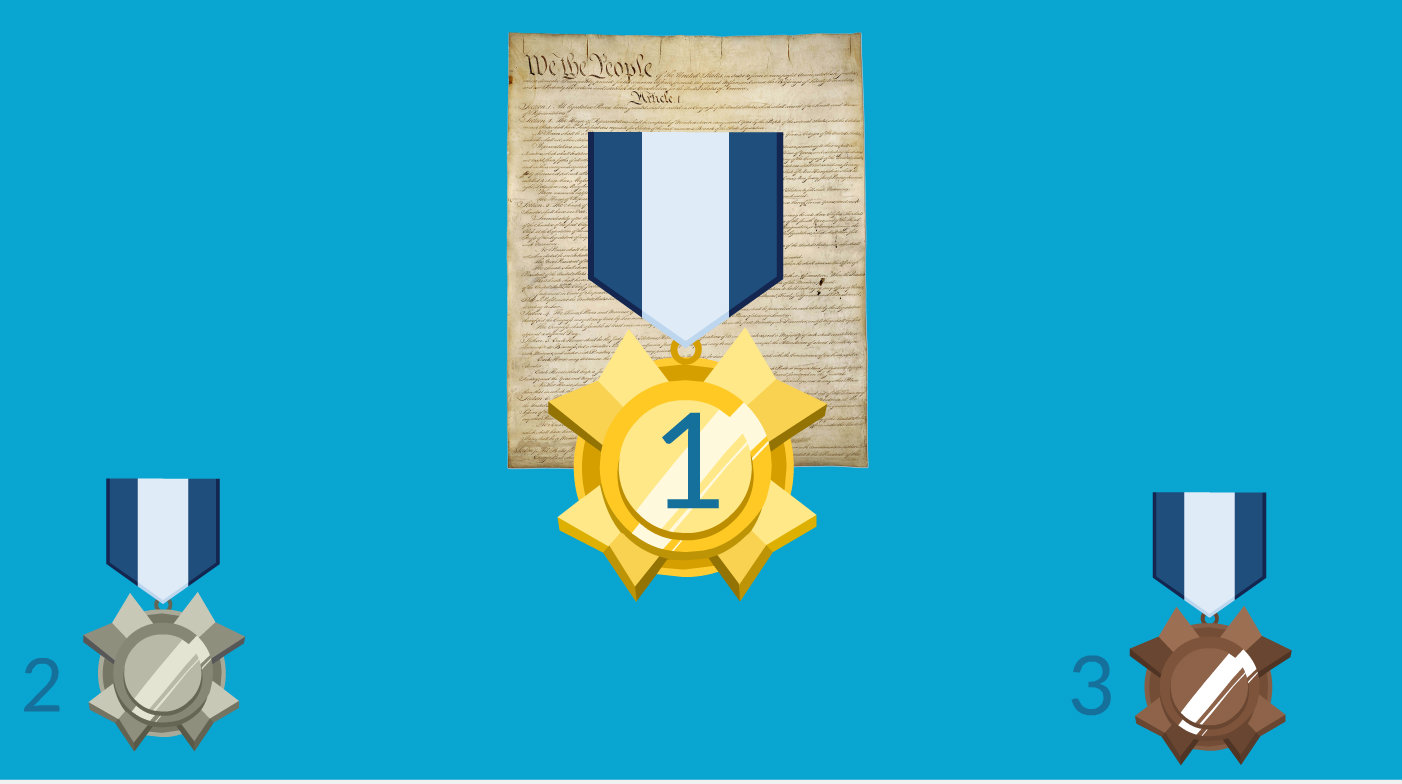 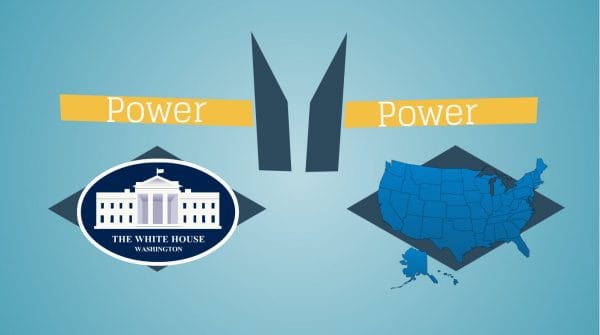 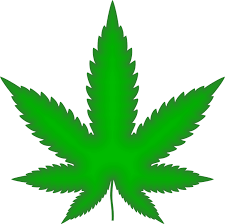 Federal and State Marijuana Laws are Not the Same At first glance, it might seem that there is a conflict between federal marijuana law and some states’ marijuana laws. After all, the federal government makes it a crime to use marijuana but certain states do not.  Isn’t that a conflict?

Probably not.  Although marijuana is legal in some states the federal government does not require states to pass laws that criminalize marijuana.   Also, no state forces anyone to use marijuana so no state requires a person to violate federal drug laws.  As a result, courts would probably agree that federal law does not conflict with state law.

And because there is no conflict between federal law and state law, courts would probably hold that the Supremacy Clause does not cause federal marijuana laws to preempt state laws.

As a result, we can expect that over the next few years the federal government will continue to treat marijuana as an illegal drug while many states consider marijuana legal.  Federal and state marijuana laws will be different, but not in conflict.

So What’s the Problem?

If we’re not worried about federal law preempting state law, then why is there a problem?

Actually, there are several challenges  when federal law prohibits a practice that is legal under state law.  One major practical problem is that a marijuana business operating legally under state law needs a place to put its money.  Most legitimate businesses rely on banks.  However, federal law makes it difficult for marijuana businesses to deposit money in banks.  And running an all cash business creates problems for businesses and politicians.

Another problem, of course, is that no one wants to face federal criminal charges.  And a person operating a marijuana business legally under state law would prefer some assurance that he won’t be arrested for violating federal law. 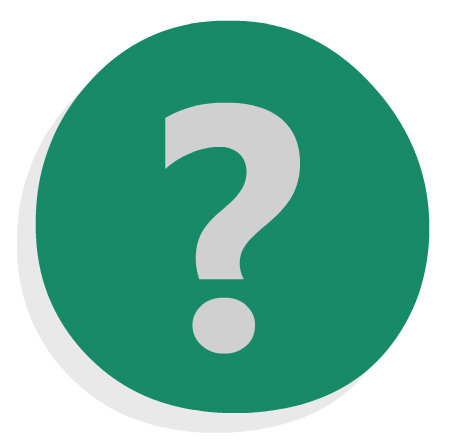 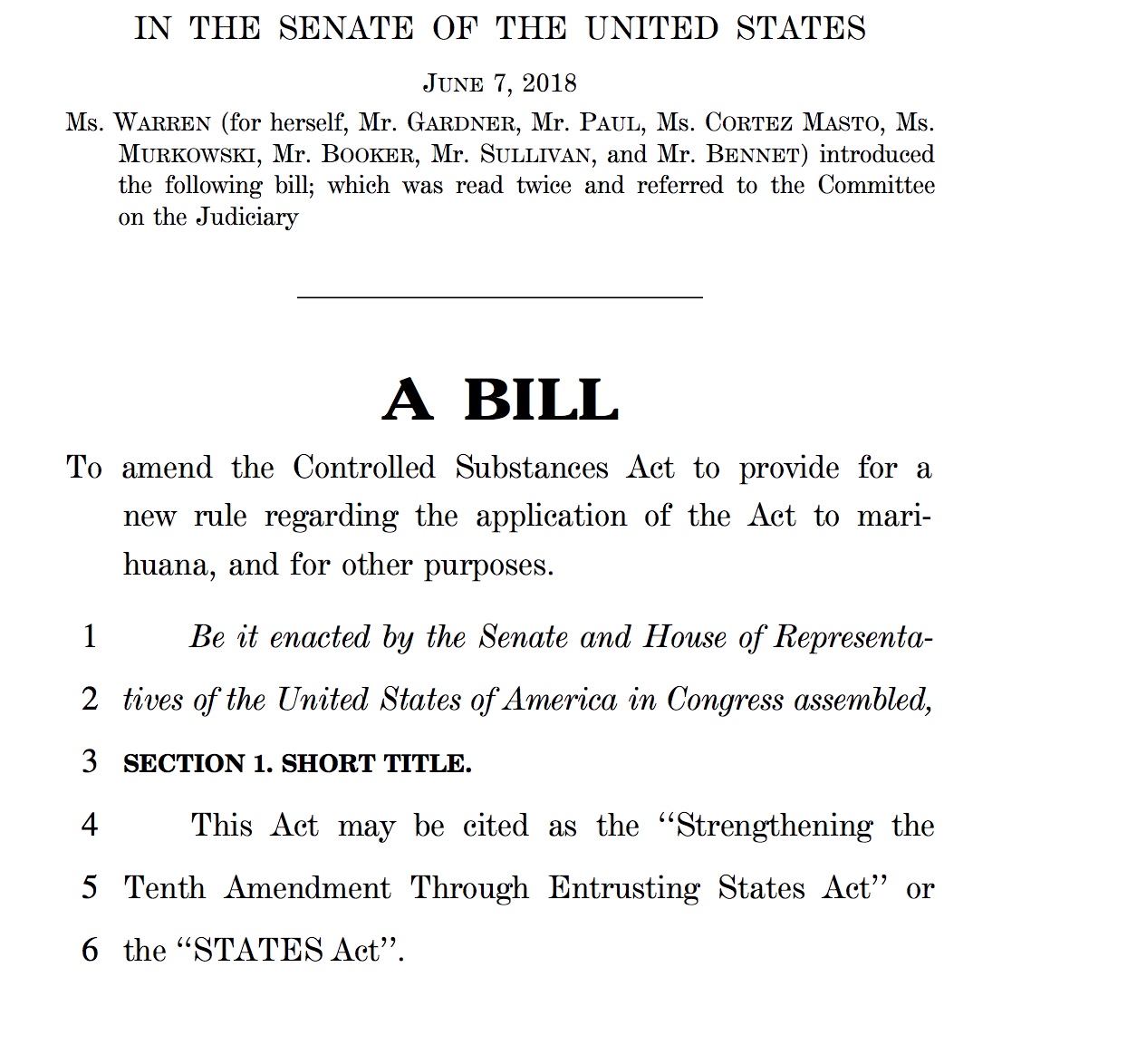 Proponents of the States  Act (Strengthening the Tenth Amendment by Entrusting States Act) hope to protect persons who might otherwise be prosecuted under federal marijuana laws.  The Act amends the Controlled Substances Act (the federal drug law), to provide that federal marijuana laws do not apply to persons who are obeying state law.  If the States Act were passed, a person who  is legally using, buying, selling, or possessing marijuana under state law, would most likely not face prosecution under federal law.

The States Act refers to the Tenth Amendment because the Tenth Amendment reserves power for the States.  The Act allows states  to experiment with different drug laws to see which laws work best.  States that wish to criminalize marijuana can continue doing so while other states can  make marijuana legal.  Supporters of the Act argue that allowing States to decide for themselves whether they wish to legalize marijuana is consistent with the principle of federalism.

Of course, the States Act is not a law yet.  First, the Act must pass both houses of Congress.  After that, the President will need to sign the Act into law before it comes into effect.

Federal law criminalizes marijuana while some states have legalized marijuana.  The laws are different, but not in conflict, so federal law does not preempt state law.

The STATES Act is a proposed law in Congress that would amend the federal drug law to provide that a person who is complying with a state marijuana law is not violating federal drug law.