What is a short and plain statement of a Court’s jurisdiction?

F.R.Civ. P. 8 requires a pleading in a civil action in federal court  – – a Complaint or  counterclaim – –  to include a ‘short and plain’ statement of the basis for the Court’s subject matter jurisdiction.  The Complaint must allege why the case belongs in federal court.  Without this allegation, a federal court may dismiss the Complaint for failing to comply with the Federal Rules of Civil Procedure.

Because Rule 8 only requires a ‘short and plain statement’, litigants typically will not include in their initial pleading excessive detail regarding the grounds for subject matter jurisdiction.  A plaintiff will often just track the language of 28 USC § 1331 or 1332.  For example, a complaint might allege in simple terms that the court has jurisdiction under 28 USC § 1332 based on diversity because the plaintiff and defendant are citizens of different states and the amount in controversy exceeds the sum or value of $75,000.

Of course, if another party or the court challenges jurisdiction, the party asserting that the court has jurisdiction will need to prove that there is a basis for the federal court to hear the case.

Examples of Short and Plain Statements of Jurisdiction

To the right is an example of an allegation that the Court has federal question jurisdiction.  The Complaint refers to 28 USC § 1332 and also to 28 USC § 1343.  28 USC §1343 provides federal courts with original jurisdiction over certain types of claims based on civil rights violations.  The plaintiffs in this case allege that the court has jurisdiction because a University discriminated against them in violation of federal law. 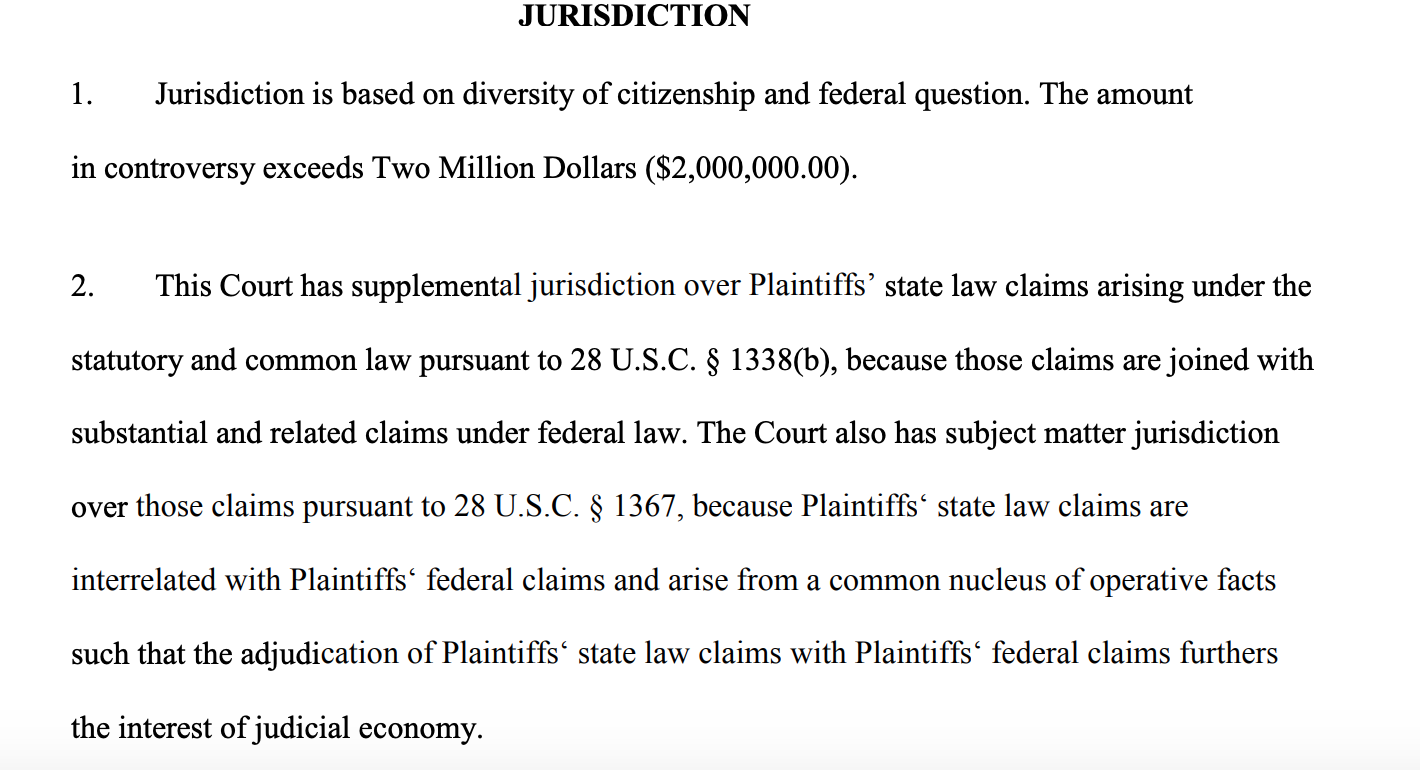