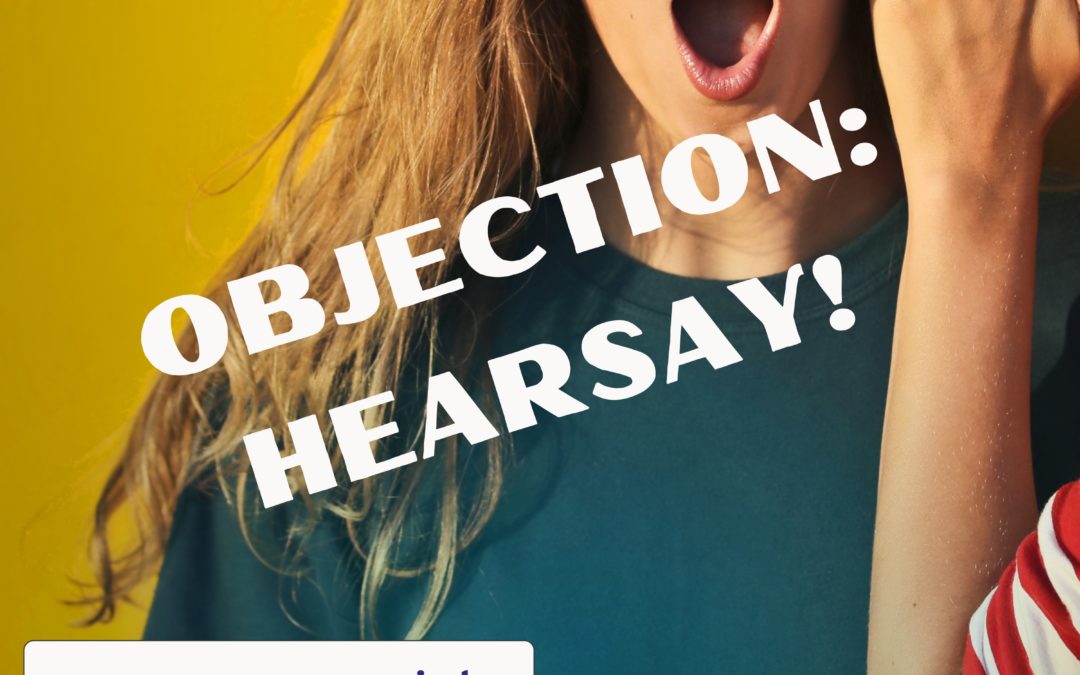 Daniel was wondering why more people began watching the USLawEssentials What is Hearsay Video (95,000 views in the past 30 days) and Stephen explains that one of the attorneys in the litigation frequently objects to hearsay and now Johnny Depp is also developing some expertise in the topic. The trial apparently prompted a number of people to wonder what hearsay is and why the attorney so frequently objects.

Stephen and Daniel discuss the definition of hearsay – – an out-of-court statement offered for the truth of the matter asserted – – why hearsay evidence rules can be a bit tricky, and some of the reasons hearsay evidence is often inadmissible at trial.