Introduction to Federal and State Court Systems: Part I 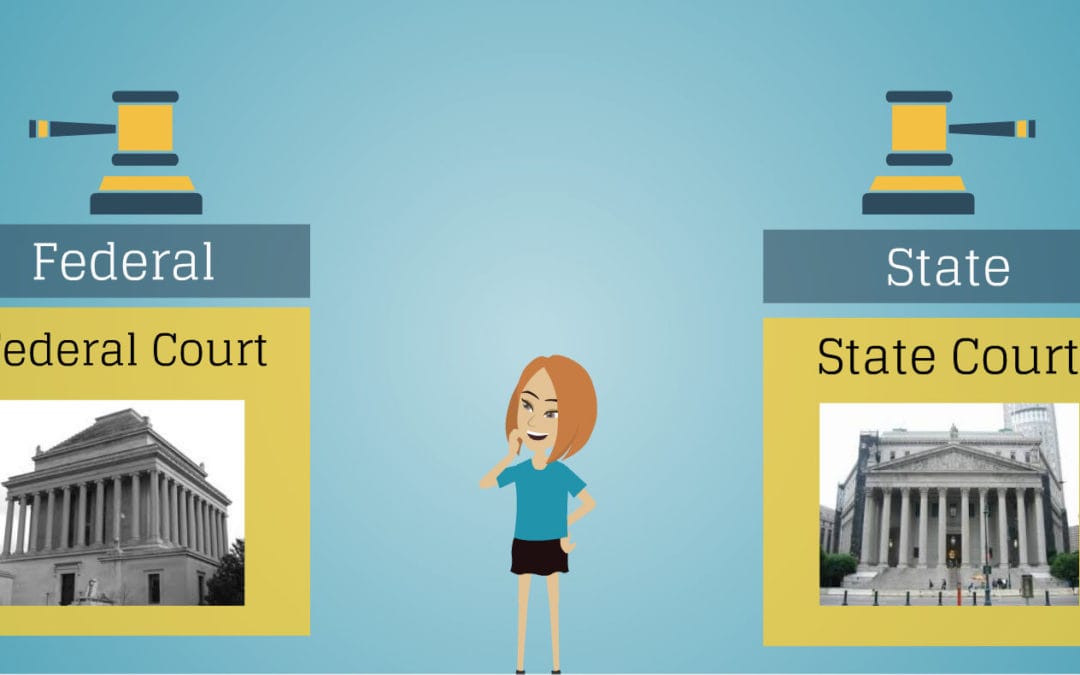 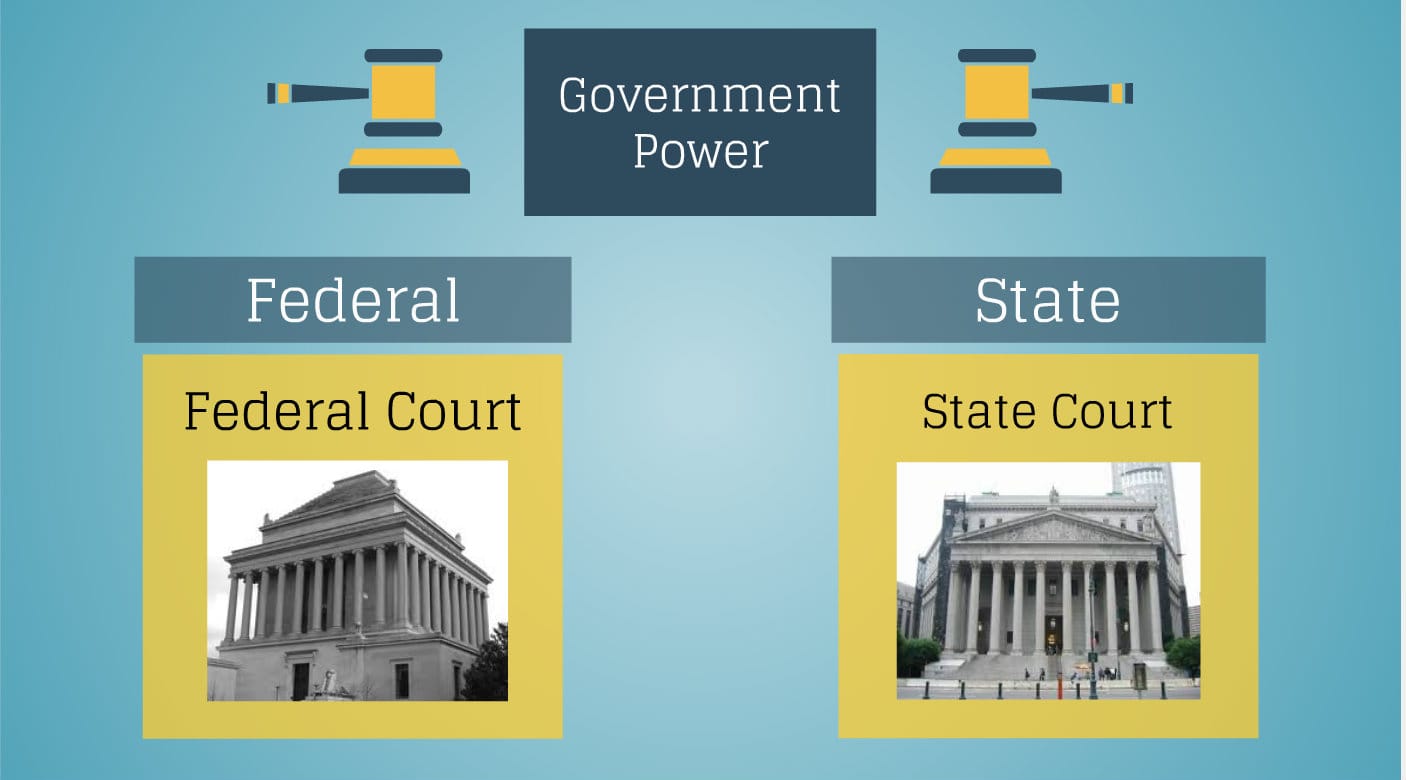 Take me to the video

Federal and State Courts in the United States

But within the federal court system there are so-called inferior courts, including trial level and intermediate level appellate courts.

Which branch of the federal government establishes the trial level and intermediate level courts?  The legislative branch, Congress.

Article I (section 8) (also see Article III Section 1) of the Constitution of the United States grants Congress the power to establish these inferior federal courts.

The judicial Power of the United States, shall be vested in one supreme Court, and in such inferior Courts as the Congress may from time to time ordain and establish. The Judges, both of the supreme and inferior Courts, shall hold their Offices during good Behaviour, and shall, at stated Times, receive for their Services, a Compensation, which shall not be diminished during their Continuance in Office.

Tiered Structure of the Federal Courts 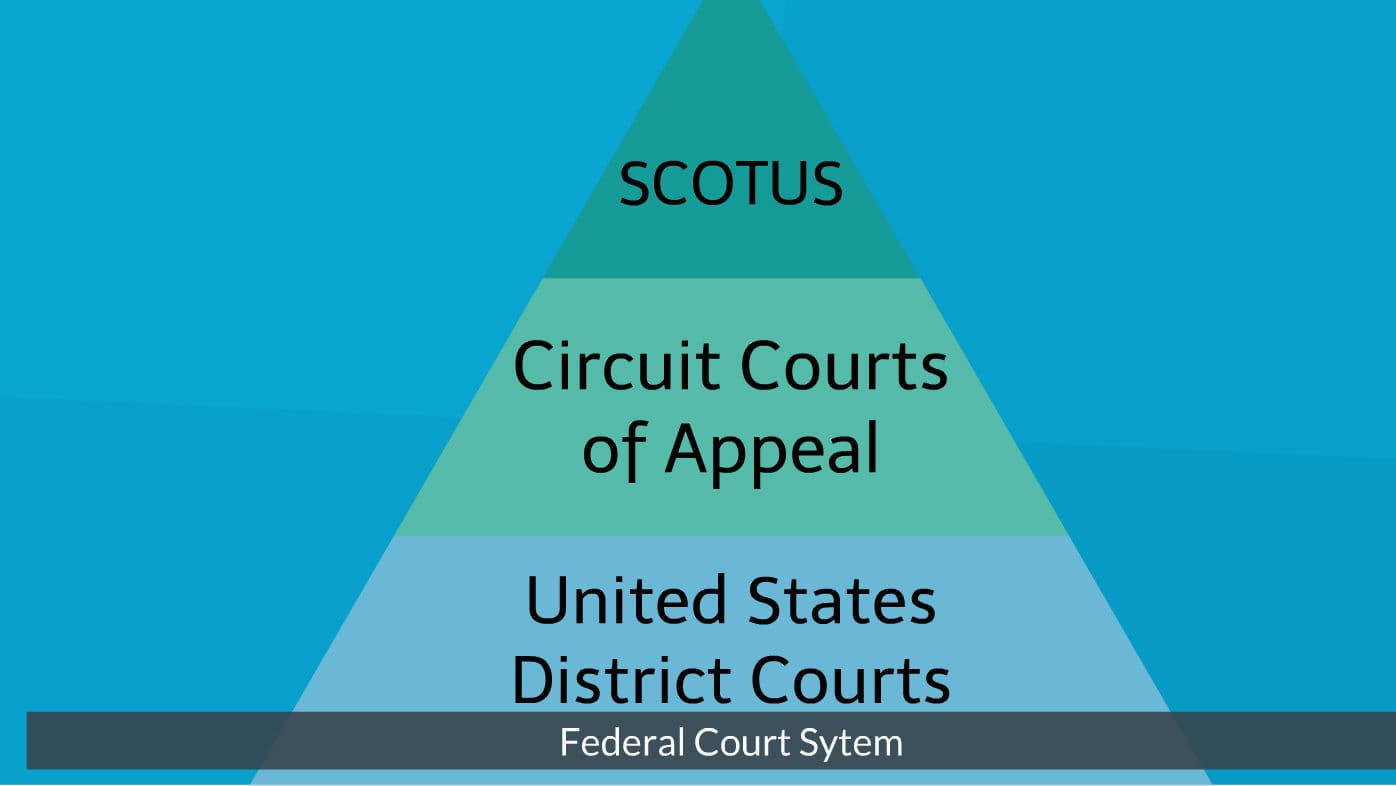 For example, New Jersey has only one federal judicial district.  The federal trial level court in in New Jersey is called the United States District Court for the District of New Jersey.

By way of example, United States District Courts in Connecticut, New York, and Vermont are grouped together in the Second Circuit.   Appeals from these courts are directed to the Second Circuit Court of Appeals.  (Look at a diagram)

The diagram on the rights shows Circuit Courts organized by geography.  Notice, for example, how Connecticut, New York, and Vermont are part of the Second Circuit.  On the other side of the country, California and other states are in the Ninth Circuit.  Appeals from a United States District Court in New York will go to the Second Circuit Court of Appeals while an appeal from a United States District Court located in California will go to the Ninth Circuit Court of Appeals. 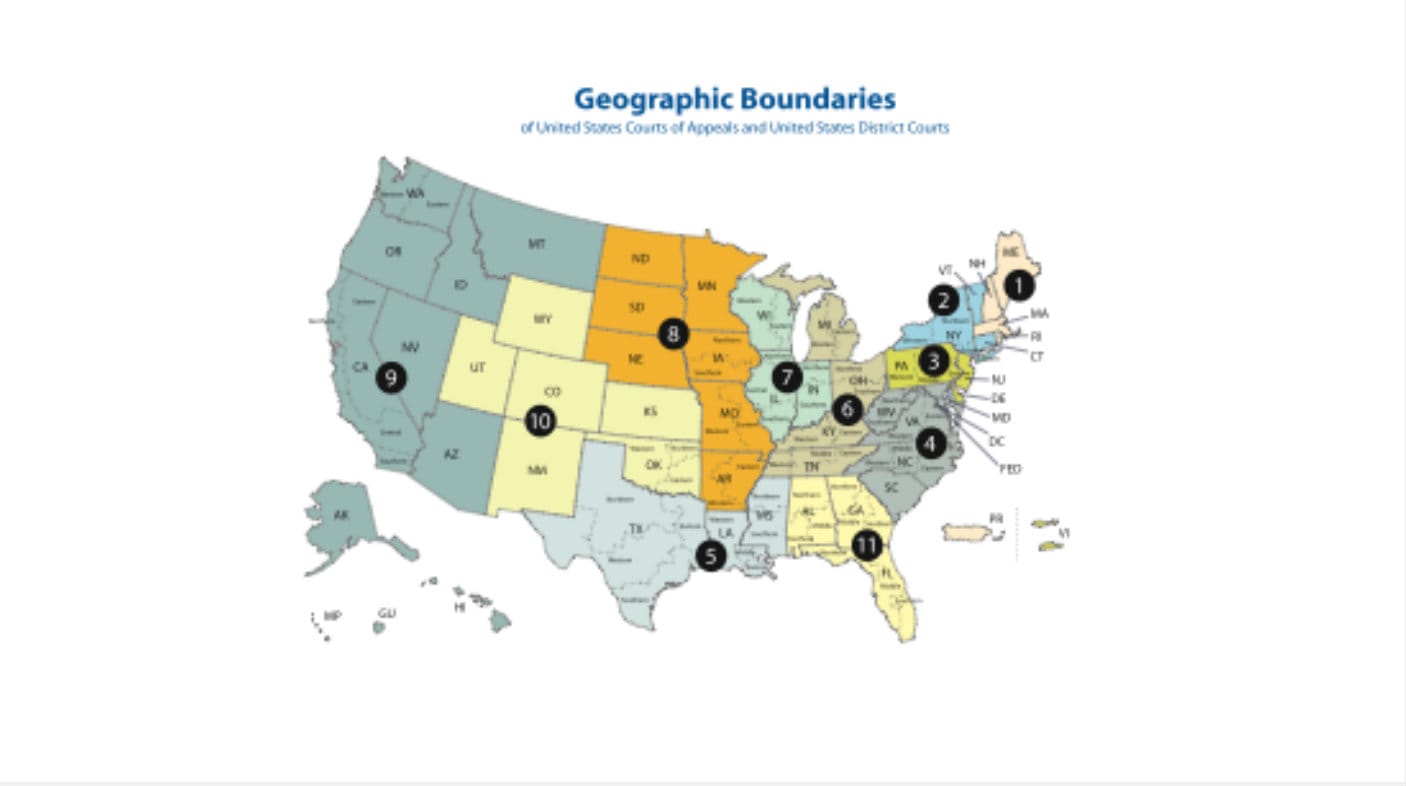 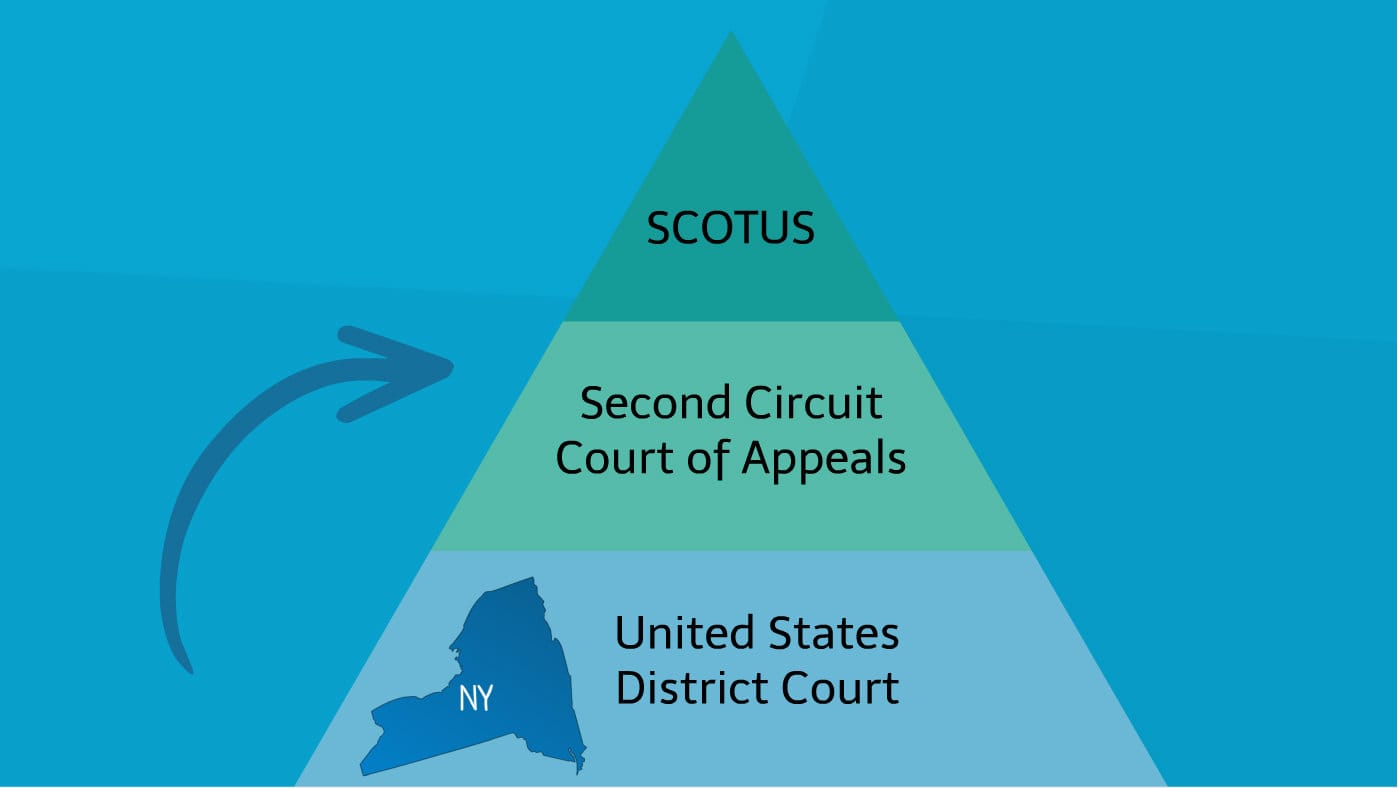 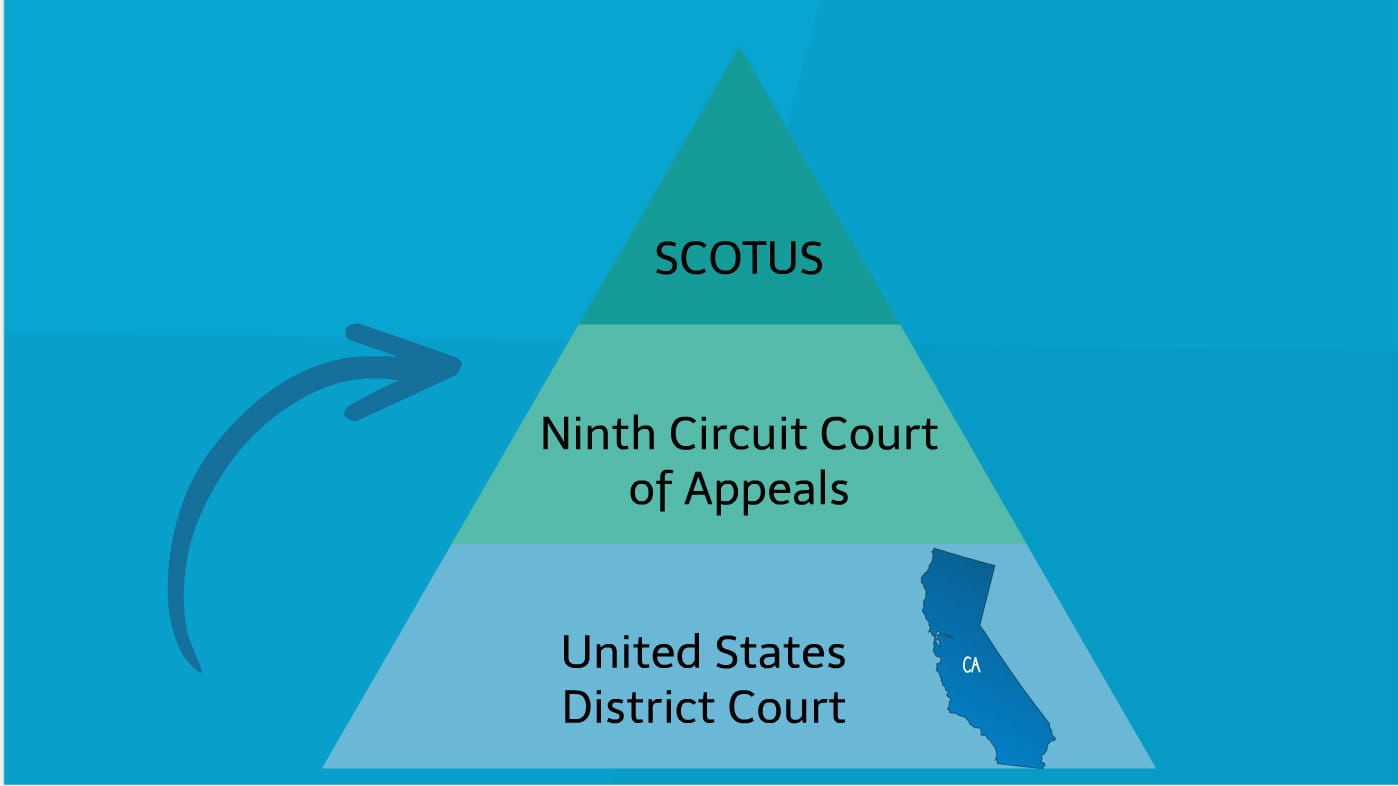 Appeals from federal courts in California go to the Ninth Circuit.

Watch out for Different Names

Other states call their trial courts “Superior Courts” or by other names and the highest court will be called the Supreme Court.

Many states also have specialized courts.  For example, New York’s commercial division has jurisdiction to hear business disputes.  If the case is in New York City the amount in dispute must be at least $500,000.

States may also have special courts for disputes over small amounts of money, disputes between landlords and tenants, and for tax cases. 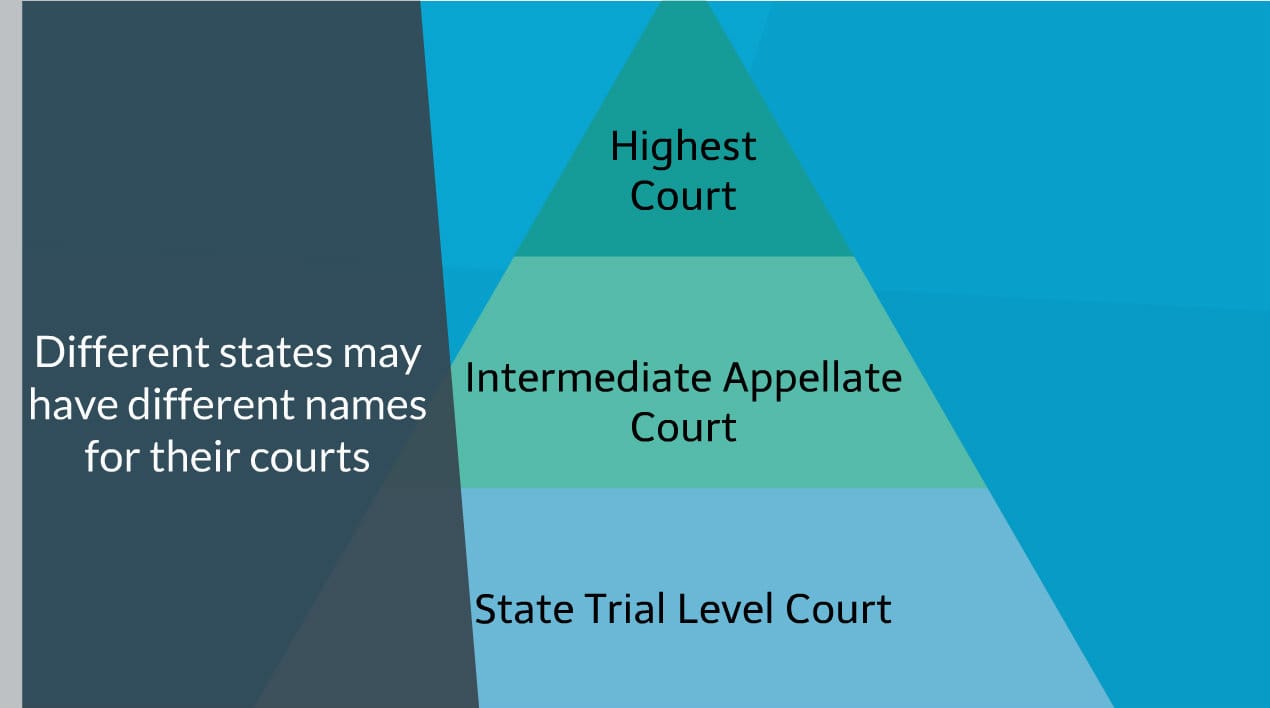 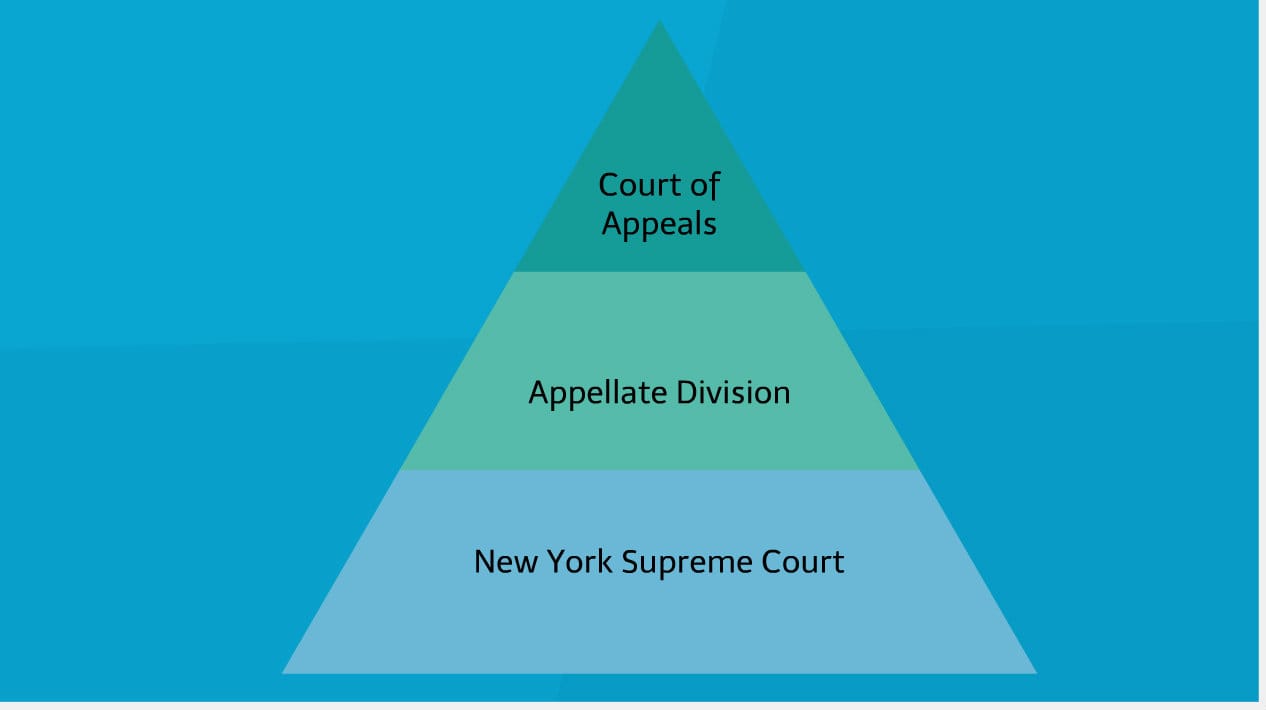 Which cases belong in federal court, which belong in state court?