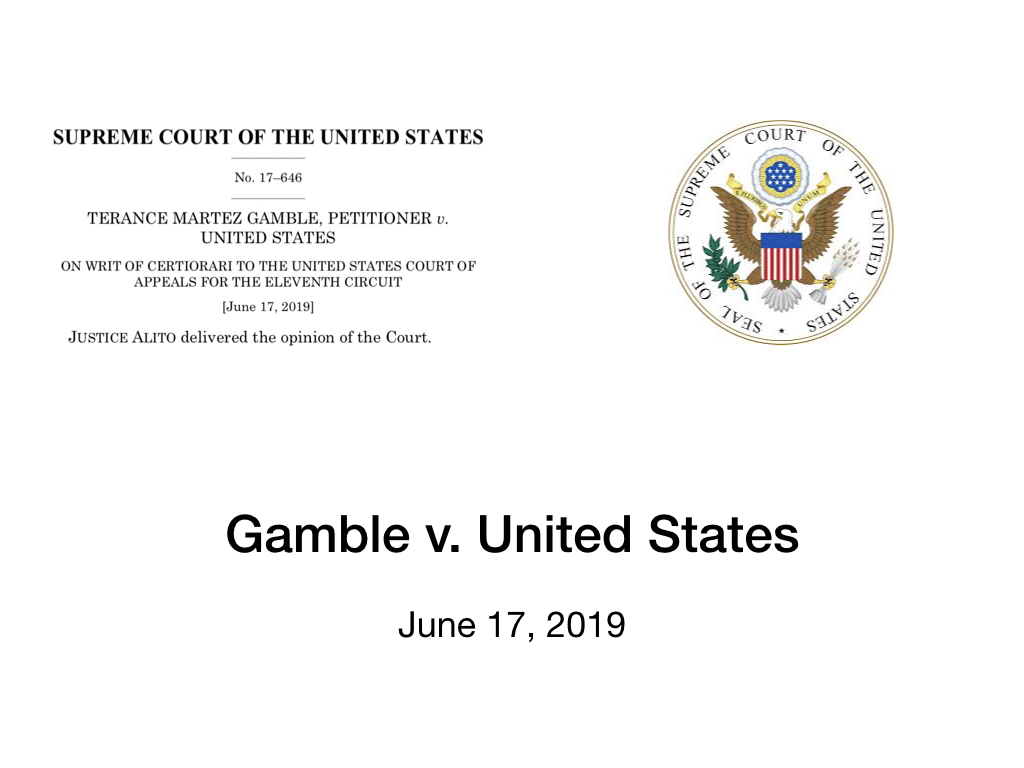 On June 17, 2019, the Supreme Court, in Gamble v. United States, affirmed the Eleventh Circuit Court of Appeals and held that successive prosecution by state and federal governments does not violate the Double Jeopardy Clause of the Fifth Amendment to the United States Constitution.

You can find background information on the case here or here.

Rejecting appellant’s arguments, the Supreme Court held that while the Double Jeopardy Clause prohibits the government from putting a person on trial twice for the ‘same offense’, when a person violates both state law and federal law with a single action, he has committed two offenses.  A trial in state court for violating a state law and then a trial in federal court for violating a federal law are not two trials for the same offense – – they are two trials for two distinct offenses.

Two justices wrote dissenting opinions.  Justice Ginsburg and Justice Gorsuch both wanted the Supreme Court to overturn the Eleventh Circuit’s decision on grounds that a state government and the federal government cannot constitutionally prosecute a person twice for what is essentially the same crime.

The video below discusses the Supreme Court’s decision: